Larry's requiem mass will be streamed live from St Peter's and St Paul's church at 10.30 on 14/09/2021. Simply click on the invitation that will appear on this memorial site at least 24 hours before the funeral service. The service will also be recorded and can accessed in the same way. Parking restrictions will be temporarily suspended on Cambourne Ave and Felton Rd There are no restrictions with regard to numbers in the Church but please bear in mind that it is an enclosed environment and some vulnerable people will be present.

Tea, coffee and buffet lunch will be served from 3.00. The bar will be open from 5.00. Please pop in at any time during the course of the afternoon / evening. We would love to see you. Please do not send flowers. If you wish to donate in Larry's memory then please visit: Tippmidwestradio.com or RNIB.org.uk. Thank you 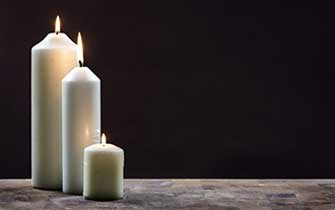